Justin Zaki is a poker player from the United States of America. 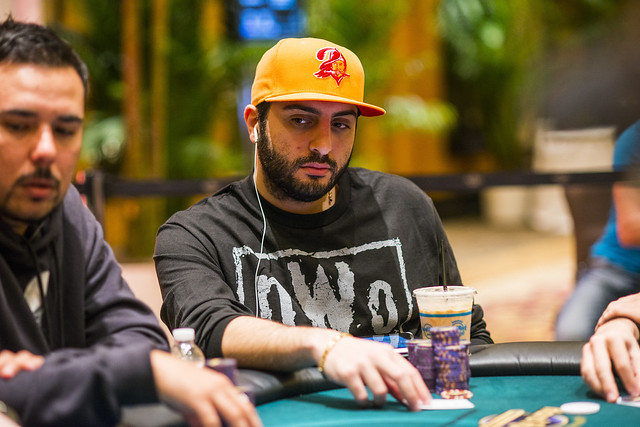 This poker player is described as a fantastic poker player from many of the known and very talented poker players. Player usually thing that this player is a good competition for the poker player as his playing techniques are very unique and he is a very sharp poker player. When he is on the table his main focus is only on the game. In every game he comes with the winning spirit. He has that enthusiasm and partition towards the game that he is always very much connected and aimed to the game. He is very much happy and he also loves the poker game.

This player is very much concerned to the game he is playing. He focuses only on the game and he has a nature that is very less talkative he does not likes to speak much. He has a very unique style of wearing a cap and a bracelet he is never seen without a cap and a bracelet at least he comes with this wardrobe when he is on the table.

He has the total casino winnings of $1376289, this is a good amount at this age. This player is not yet satisfied with his earnings he want to achieve more in his life and he also wants to be the best poker player.

He is also very cool in his nature and plays the game very calmly. He loves to play the game silently and has a very unique style whether it is dressing or it is the playing. He has 66 career cashes in his entire poker tournament played till now. Even with a good amount won and he also has good number of career cashes he has unfortunately not won any of the final tables due to some or the other reason. He has 10 career final tables won.